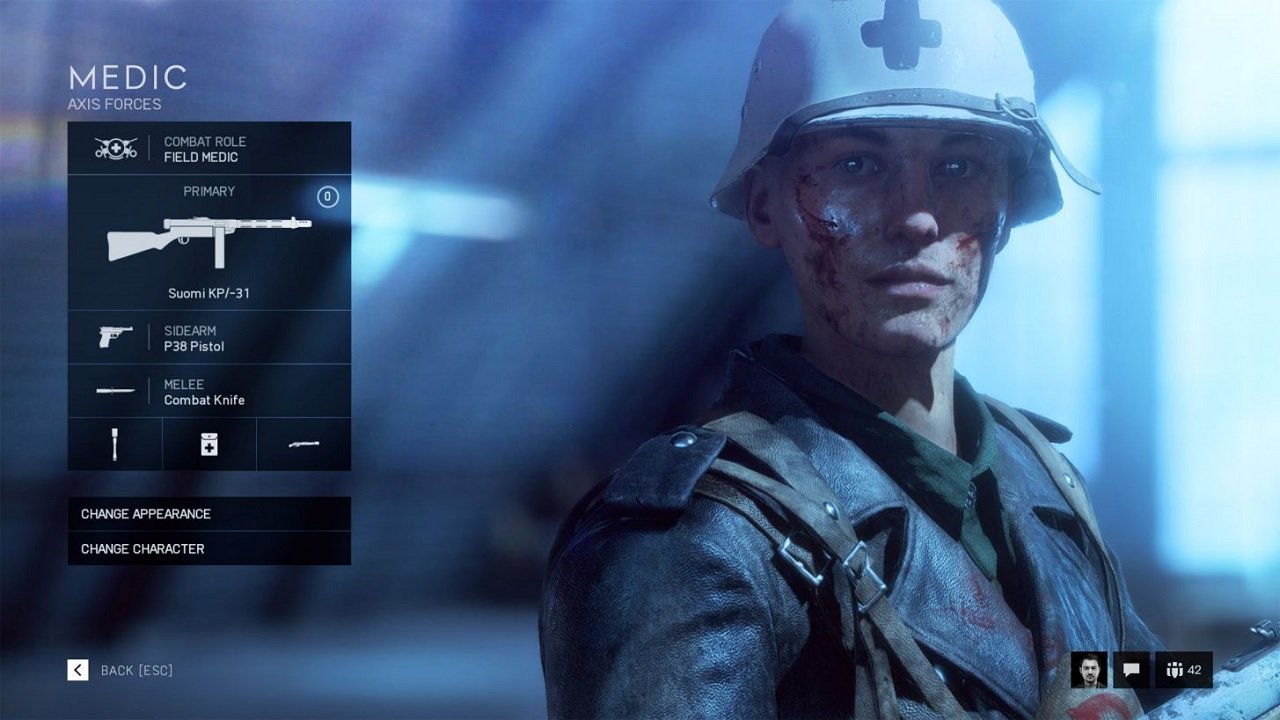 With the December patch, which you can see the official website for the full patch note here, Dice have applied some changes to certain weapons in the hope that they could be rebalanced and make them attractive or less powerful. The KE7 was a big target for the team and would nerf to its horizontal directly and indirectly to its vertical recoil with the removal of the recoil buffer specialization from its tree, the weapon doesn’t quite feel powerful as it once did. Although I’d argue it’s still very effective.

Another intention that Dice wanted to fix was the SMGs. Dice heard the feedback from the community that SMGs weren’t simply weren’t good enough before the patch. The SMGs weren’t a good situation for their intended close range role, and when competing at slightly longer range as well. Medics were being outgunned by Assault and Support players a fair bit. And considering SMGs are suppose to dominate at close range, medics felt extremely underpowered as a result. After that December patch and were talking SMGs specifically here, things aren’t that much better, to be honest.

The meddling and lower rate of fire SMGs are still suffering a lot at the hands of the assault rifles and light machine guns, despite buffs to bullet velocity and bullet drag that the SMG received.

The Current Situation for the SMGs of Medic Class

While I do understand that the Thompson and the Suomi being much faster firing SMG, they are deadly at extreme close and they’re balanced to be close quarter viable weapons, but they lack any kind of punch outside that. Overall, SMGs don’t really feel viable at the moment. Also, why is that they’re the only category of weapons that medics have access to, I don’t think it’s a good situation for the medics.

My views, the way Medics are played in Battlefield V, are supposed to clear the area and then move into providing SMGs should be the perfect weapon for that action. The weapon is currently dropping to a 5 bullet to kill at 30 metres and then at that range, recoil punching a bunch of those targets off target, you left with an extremely unsatisfying weapon that kind feel like they shooting nerf bullets that bounce off your enemy.

If you don’t land the first bullet you fire on target, you can almost guarantee that going to get killed in that gunfight, unless you’re fighting another medic, and then its anyone’s guess.

Suggestions For Medics in Battlefield v 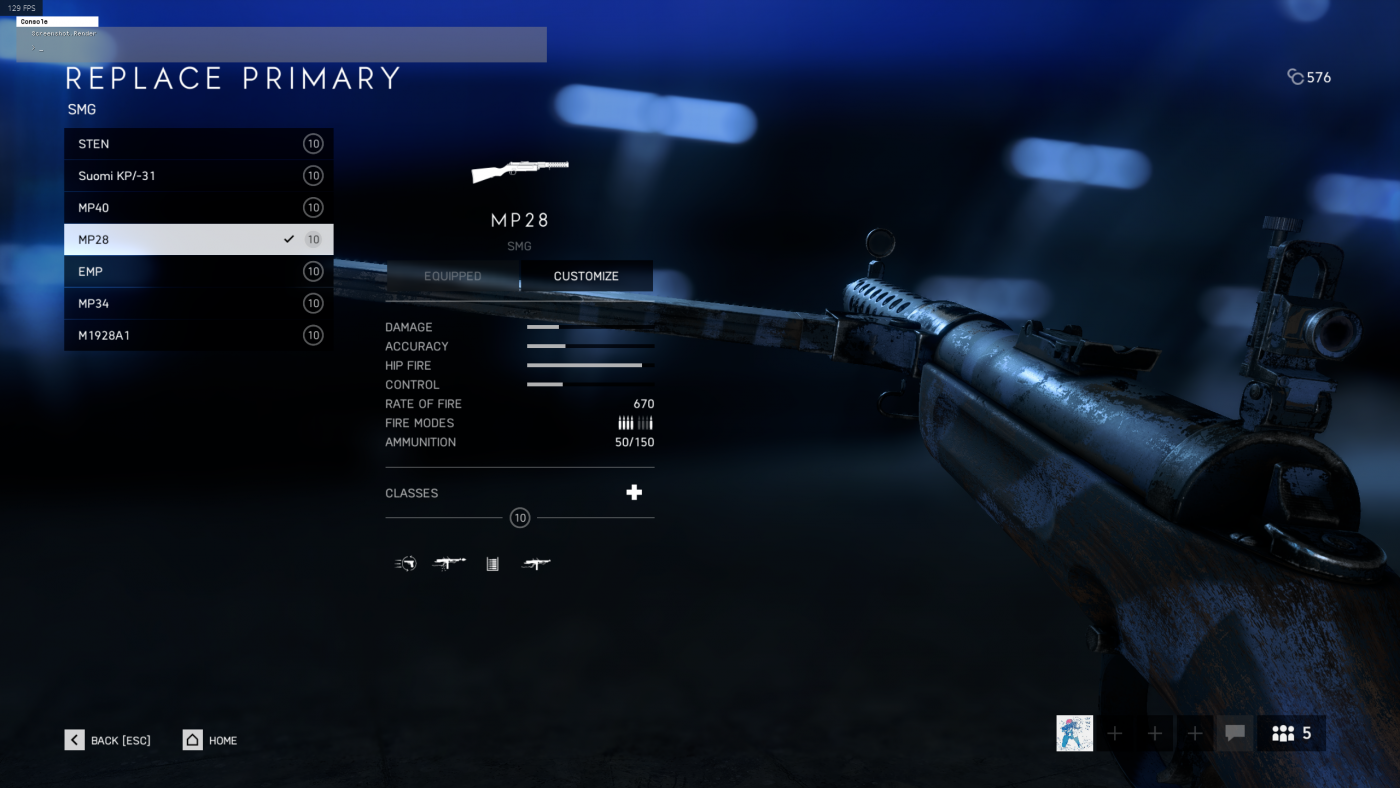 I have a few suggestions that I like to make for improving the medic calls overall, not just the SMGs. Dice had already attempted that, in their previous patch.

So, Suomi and the Thompson don’t need a huge amount of work since they have fast firing options. They’re a specialised option within the SMG category and they’re supposed to be really good at extremely close range and they’re almost a direct counter to the support classes shotguns. These two weapons are viable on maps like Fjell and Devastation which has lots of tight corners and pathways.

Because they can pump out their bullets faster, they can kill players quickly and are currently the only 2 SMGs in the game, that to me, don’t feel particularly weak in a gunfight. Take them out of extreme close quarter situations, and you will struggle but they’re not meant to be effective in that gunfight situation. At least beyond close range anyway.

Maximum Damage for SMGs For Medics 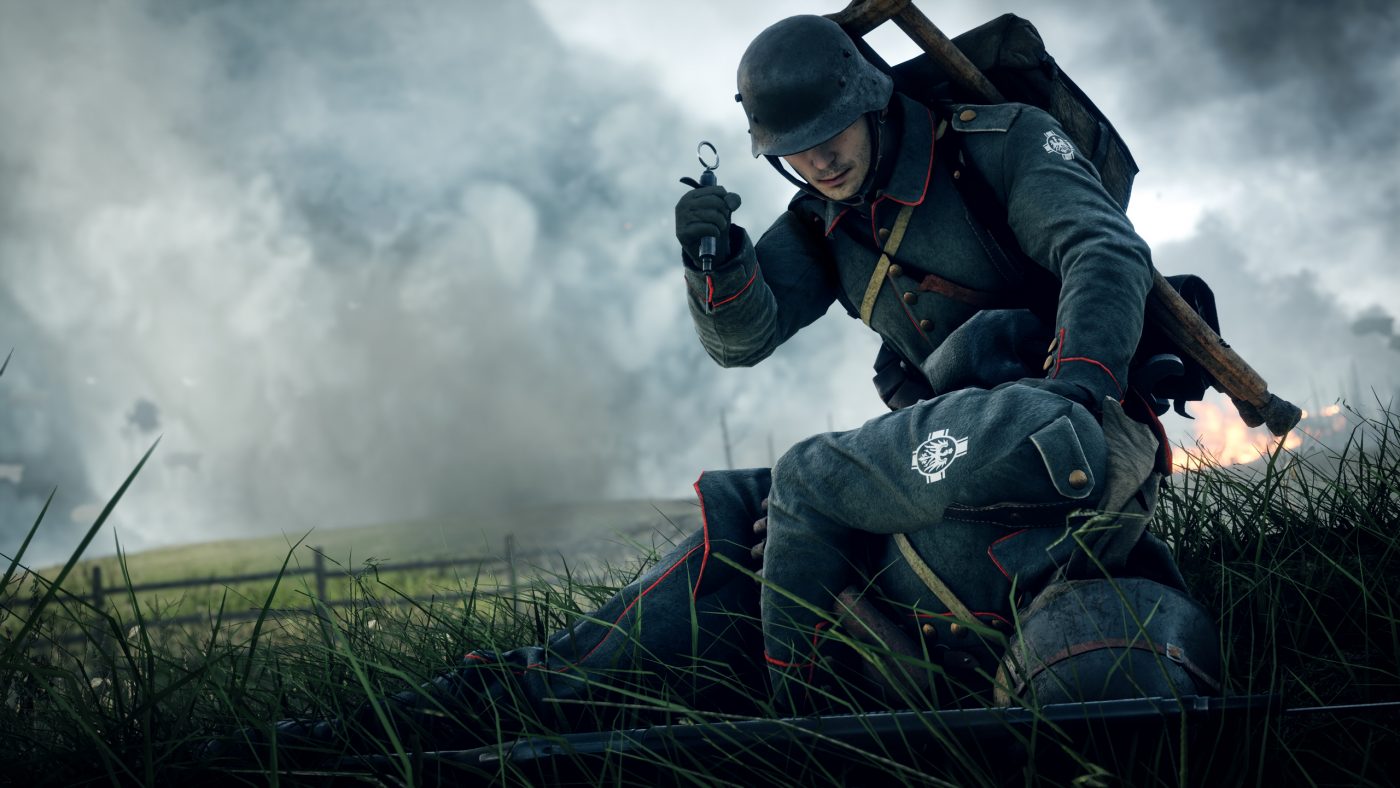 For the slower firing options, I now like to see an increase in maximum damage applied. To help differentiate them from the faster firing options. At the moment, most of the slow firing options feel very similar and they feel extremely weak. That was when Dice had increased the bullet velocity and reduction in bullet drag which hasn’t had the effect that dice wanted. And before the patch, many players were calling for a max damage increase to simply make SMGs in general, more lethal. Maybe Dice should go forward with that request.

I also think that it might be a good idea to extend the range of which an SMG does its max damage. At the moment the SMGs, LMGS, ARs and MMGs all have a four-shot kill range of 10 metres. After that metre mark, they all start to drop their damage and they’re reduced down to 5 shots to confirm a kill at further distances. For the slow firing SMGs, specifically, I think increasing that 4 shot kill range, just a little bit, would help improve the performance in their intended role. Which of course, close range combat. The higher rate of fire rate SMGs, the Thompson, the Suomi don’t necessarily need something like this to be applied. because they can spit out their less powerful bullets quite a lot faster.

The Suomi really does suffer from the small magazine and high rate of fire, but arguably that weapon sits right at the far end of the scale when it comes to balance and usability. It can be used in the specific situation really well, outside of that it’s almost useless.

When Battlefield V was released about a month ago for Early Access players, players were limited to sum machine guns for the medic class. This might be a good idea at the time since I’ve been playing it for a month now when the game came out on 9th of November for early access players.

But giving them only submachine guns just outright limit their effectiveness as a soldier on the battlefield, let alone their ability to be a good medic, the SMGs just simply cannot reach far enough and to keep them balanced against the assault rifles and the light machines guns, they cannot stretch much further.

They can be made more powerful at close range but to increase their range much more than the suggestions I’ve made above, that would bring them out of the traditional submachine gun role. I think it would make them feel alien to use. I think dice should let the medic have access to another category of weapons and here I’m thinking the semi-auto rifles from the assault class might be a good fit.

Should Medic Have A Semi-Auto Rifles?

Currently, the Medic is the only class in the game to have access to just one category of weapons. The assault class has assault rifles and semi-auto rifles. The support class has light machine guns and medium machine guns. And the recon class bolt action rifles and self-loading files. Giving the medic the semi-auto rifles a well would massively increase their effectiveness at range against all other classes. And it would bring them out of the helpless hole they find themselves in when any long-range engagement presents themselves. At the moment, as a medic, it’s a better idea to run away from a mid to long range gunfight, than it is to engage. Because you are more likely going to die if you start shooting your gun against your opponent.

What About All The Other Class in Battlefield V? 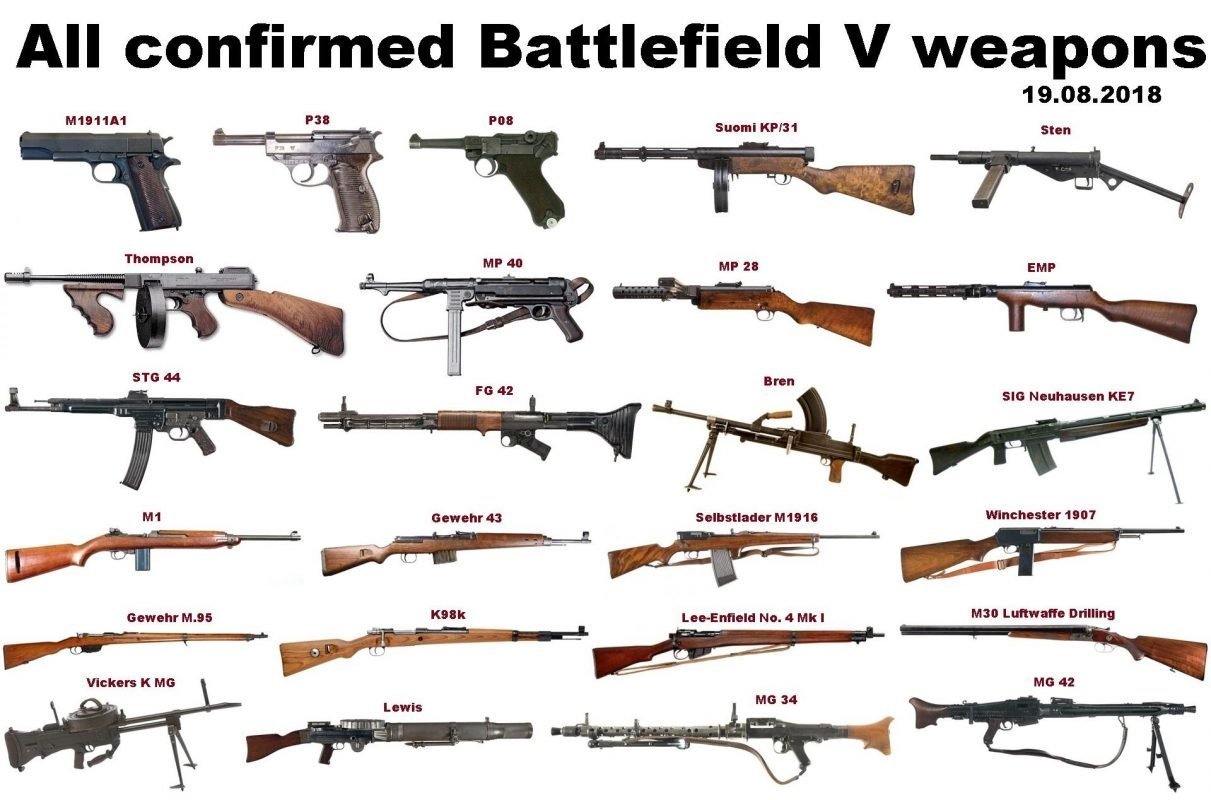 In that 20-metre range, assault rifles and light machine guns can kill other players in one less bullet than submachine guns can. Of course, there does need to be a point where assault rifles and light machine guns become the better option based on range. But when there’s a 20-meter gap between those weapons and the submachine guns, you know something isn’t quite right. That’s where the semi-auto rifles could step in and provide the medic a bridge into the mid range. A range right now the class cannot even hope to compete in.

So, as a Medic player, it’s hardly a good situation to have, in a game where the primary objective is to shoot other people and the weapons you are given are weak. You are only given the SMGs, which some maps are still a viable choice on certain maps and locations, as I mentioned early such as Fjell and Devastation, and maybe Arras in the town of the centre. But outside of that, they’re useless. And there is absolutely no point of you trying to engage enemy players beyond 30 meters. Once the enemy noticed you, they will eventually kill you if they have a long range weapon.

So what do you guys think about the current state of Medics on Battlefield V? Should Dice give more focus for this class? Or do you think it’s fine at the moment? Let me know in the comments down below.